About The Online Vet

February Pet of the Month – Sonsy 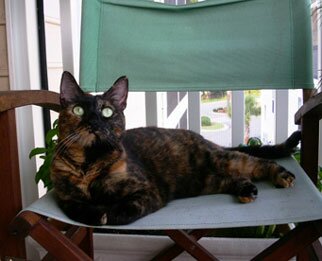 Sonsy was a foundling back in 2001 … one of a big litter found wandering a rural highway.

She is a tortoiseshell, only black and yellow with no white on her. Apparently she’s quite an acrobat and loves playing with mouses that rattle.

She’s just the littlest thing with the biggest love for her pet owners and unfortunately has asthma so they do their best to help her fight through it. Right now though, she’s in good health, thanks to great parents!

4 Responses to “February Pet of the Month – Sonsy”